Life is worth it.

I’m very excited to be here chatting about this particular novel with you today!

After reading I Was Born For This by Alice Oseman for one of the first The YA Room book meets, I fell in love with her writing and I’ve been hanging out to read the rest of her novels.

It’s taken me an extremely long time, almost two whole years to be exact! I’m here and I’m still in love with her captivating and relatable way of crafting a story so wonderful you can’t help but fall in love.

I started reading Solitaire in the last week of March, immediately after Ghosts of The Shadow Market and it is the first book I am reading for my O.W.Ls Magical Readathon TBR.

I started this book early because I knew from my horrible track record of being the slowest reader known to humankind, that I will not finish all the novels on my TBR, and I so desperately wanted to finish Chain Of Gold before the end of April.

It’s a fast-paced, relatable, angsty and everything you’d expect in a book marketed towards teenagers and those who fall into the younger end of the young-adult age group.

The best part about the story was that no matter your position or life, there was some way in which teenagers could see themselves within this novel. Tori isn’t that fond of school or friends, feels alone and put down by various aspects of her life.

Now I don’t want to be dismissing Tori’s problems, but generalising her feelings and putting them into a few basic categories that are prevalent in many teenagers in her position, shows that there are aspects of her character that people can relate to.

If you, as a teenager in High School ever had a dream or the want to burn the goddamn school down, then this book if for you. This is not a spoiler, only a recommendation.

The whole Solitaire mystery was really well done and gripping. I wasn’t the largest fan of Tori’s personality and mentality, although High-School-Bree would have loved her, I was really intrigued by the mystery. My curiosity about the person/ people behind it all kept me reading.

There isn’t a lot of mystery in YA and if it is, there is always a very very visible romantic subplot between the main characters that it takes away from the pull of the mystery and readers are only there for the ship.

I found that like Solitaire, Astrid Scholte’s Four Dead Queens is the only other book that has written a YA mystery novel in such a way that there is no romantic subplot between the two main characters and the entire thing pulling the reader to the book is the mystery and the mastermind/s behind it.

Did I mention that there is no romantic subplot between the two main characters, Tori and Michael? Coz, there isn’t and there isn’t even a hint at a possibility of it.

This is probably the part of the novel and Alice’s writing in general that surprised me was the fact that when she said in the blurb “this is not a love story”, she meant it.

The friendship that formed between Tori and Michael over the course of the novel was so pure, light-hearted, caring and respectful. Both people used their time to actually understand each other. Michael saw Tori as someone who needed fun and tried to give that to her, where she saw his as someone who was hiding bigger parts of himself in fear of rejection and she helped him see that he wasn’t a failure.

They both tried to build each other up, as friends do. I don’t want to be controversial here, but building each other up and acting ‘like friends’ (which I guess means respectful and not as if you are allowed to bully the other person) isn’t a trait of a relationship and them being respectful of each other and not playful in a way that could cause emotional pain, made them seem like best friends

I didn’t mean to get dark there but I really loved their friendship and in the way it was written, there was no forcing Tori and Michael together. The story doesn’t even hint at any sort of romantic relationship between the two. I felt like there was also nothing forcing the reader to ship the two together. That could also be due to Tori’s sour attitude but idk.

I’m going to sound like an annoying English teacher here, but I enjoyed the messages in this novel that could prove helpful to readers in high school. There’s one that simply put just comes down to; chicks before dicks, another being the age-old fact that curiosity will oftentimes get you in trouble but also uncover the best parts of and experiences in life.

Tori opening herself up to adventure and the moment she didn’t deny herself enjoyment, even if she did keep saying it was just her curiosity, was when she really had the most fun, albeit in a little bit of a dangerous way.

Also, not another spoiler, but you have to let me get excited about the surprise kiss!!!

I rated this book ★★★★☆ (4/5 stars). It really comes down to a comparison factor and my gut feeling.

I felt that without the Heartstopper comics I would not have enjoyed the story and some events in the story as much if I hadn’t read Heartstopper. I am completely aware that this is Alice’s debut novel and maybe that’s why I’m thinking about the rating a bit more.

You don’t have to read Heartstopper to understand or enjoy Solitaire since both stories run on a very slightly intersecting timeline. I just fell more in love with the characters from Heartstopper and enjoyed seeing them in Solitaire too.6 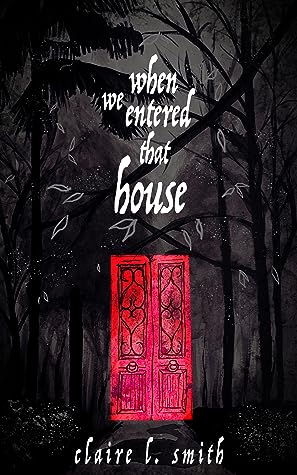